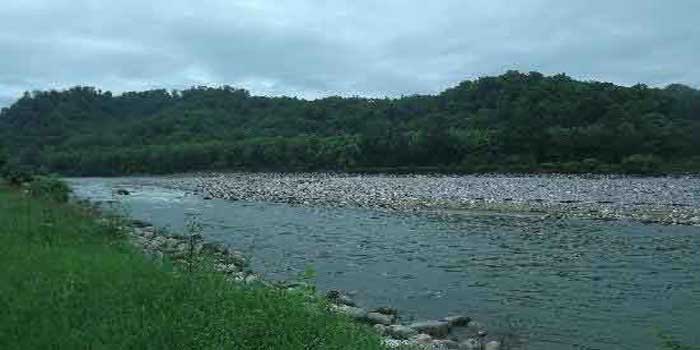 The Ram Ganga River originates in the Doodhatoli Range in Uttarakhand. It is divided into the Eastern and Western tributaries, each of which flows independently.

This river is perennial which means that it never goes dry. It is the largest river of this kind that flows in this area. The river enters the Jim Corbett National Park which is also a popular tourist site. Home to several species of wild animals like boars, tigers, bears, chitals, deer and elephants, the natural park is a must have on your itinerary if you are visiting this area.

The river itself is rich in fauna. It houses several species of aquatic animals like the mahseer fish, turtles and muggers. It is most well- known for the Gharials and crocodiles that are often found lounging on the banks of the river.

Several migratory birds from Europe and Asia can be spotted on the banks of this river during winters. The river is also the primary source of water for several local species of birds like the fish eagle, storks, terns and kingfishers. This is also true for the animals that are conserved in Jim Corbett National Park.

If you love being amidst nature, then you will certainly fall in love with this place. The Ram Ganga River is not only rich in fauna but also offers the most magnificent scenery. The slopes of the Himalayas are seen at a distance and the lush green forests surrounding the river can be extremely calming.

Choose from the several packages that include trips to popular tourist destinations, river side camps and picnics, river safaris and lots more activities that you can enjoy with your family. The packages can be tailor made based on your interests, requirements and also the group that you are travelling with.